Houston Meteor Ended Over the Gulf of Mexico

December 5, 2019 5:35 AM CST – A very fast meteor appeared over Houston, Texas, on Thursday morning. It appeared as a brilliant fireball, with an additional streak of material emerging quickly after the flash, leading some to speculate that a large meteorite might have deposited on the ground. Unfortunately, the video data indicates that the end was likely more than 50km off the coast, in the Gulf of Mexico. The speed of the meteor was measured at roughly 40 km/s, so it is unlikely any surviving material was large enough to make a splash in the water below.

The videos shown here were used to calculate the trajectory of the meteor, in the file attached below.

Jim Goodall triangulated the approximate start and end points of the meteor, from the videos shown above. You may download the attached KMLKML or KMZ files are often used to share geographic data and they are most often used in Google Earth software. KML stands for Keyhole Markup Language, which is an XML notation used to store geographic data in the files. KMZ files are simply a zipped version of KML files, which can also contain image overlays and other referenced content. On most meteor events documented on Strewnify, you will find an attached KMZ file, containing... file for details.

My name is Jim Goodall, and I am an automotive controls engineer in the Detroit area, but my passion is physics. I started this website as a hobby, to support the global network of meteorite hunters.
Feel free to contact me, if you have any questions about the products on this website. Jim Goodall | Hartland, Michigan, USA | james.a.goodall@gmail.com | +1 586 709 5888 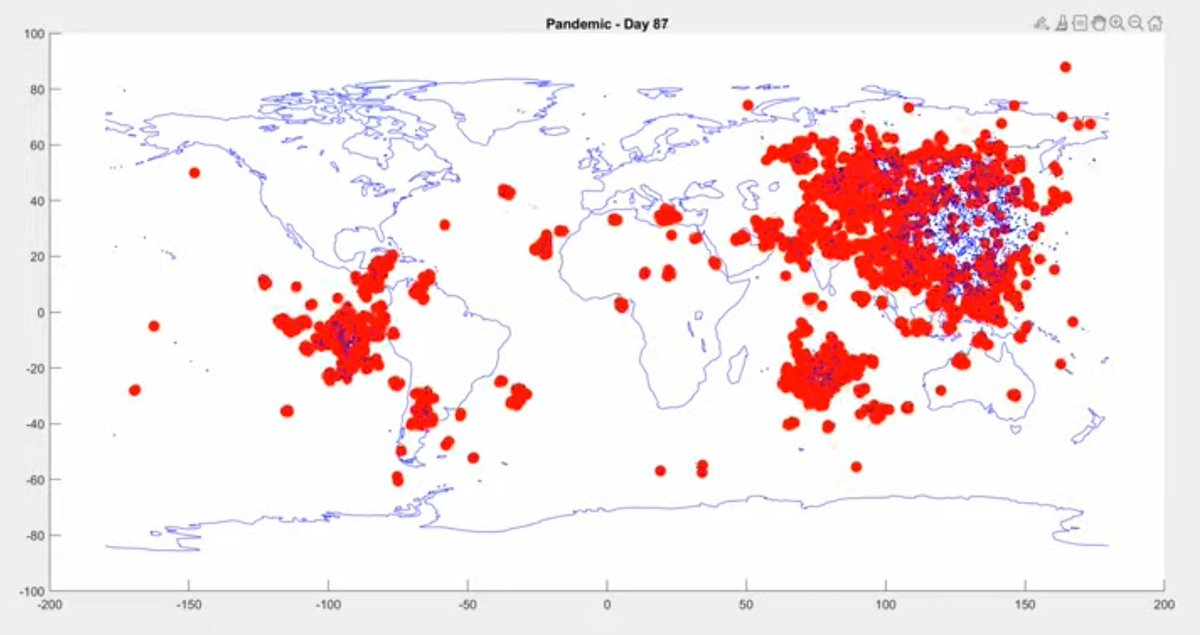 Strewnify @strewnify
I wrote a crude simulation of the COVID-19 pandemic #MATLAB #coronavirus #pandemic. Click to see it on YouTube: https://t.co/TKdm0lkoIO https://t.co/htnhE3PzbH
0
1

No events found near you.