The speed of the fireball was relatively fast, but it is still possible that fragments

Typically, meteoroids breaks apart during flight through the atmosphere. Much of the material evaporates in a process called ablation, leaving only small stones to find. Occaisionally, large meteor events can... of the meteoroid survived the journey through the atmosphere. This event is of special interest to science, because the back-calculated orbit of the object is possibly interstellar! No known meteorite has ever been recovered from outside of our solar system, so this hunt is definitely worth a walk in the bush.

The meteor fireball was bright enough to be seen in broad daylight, and was captured on video from as far away as Nurioopta, 150 kilometers away.

We were notified on May 12th of a possible interstellar meteorite in Australia, after the orbit was calculated and posted on the Russian amateur astronomy site, AstroForum, by Toth – Oleg Polyakov (Polyakov Oleg Nikolaevich). The orbital elements were verified by Strewnify contact Vareck Bostrom, and he agreed that an interstellar orbit is plausible. He commented that a little suspicious that an interstellar meteor would happen to approach along the ecliptic. It’s not impossible but something of an unlikely coincidence. After all, the calculation is very sensitive to the speed of the meteor, and if the speed measurement is off by 7%, then the orbit is no longer interstellar. On the other hand, if it’s not interstellar, there’s also a possibility the origin is Martian. Either way, this could be a very special fall, if we’re lucky.

One of ways we can predict the origin of a meteor is to carefully measure the angle and speed of entry into the Earth’s atmosphere and back-calculate the possible orbits.  In this case (if the government sensor measurements are correct) an interstellar orbit is indicated.  Interstellar orbits have a hyperbolic shape, because they are affected by the sun’s gravity, but traveling too fast to be captured by it.  The first interstellar object was discovered by telescope in 2017 and  no known interstellar meteorites have ever been recovered.  If recovered, the material could be identified in a lab as extrasolar in origin, because it’s isotope composition would not match anything in our solar system.

If you woulds like to follow the search and further discussion, you can join our Discord Server.

The NASA trajectory for this meteor was run through our StrewnLAB

A computer simulation program, written by Jim Goodall.  For more information, please visit the StrewnLAB Page.... software to predict a search area. The data is not very precise, but it was validated by some video evidence. The search area is still very large. Please download and review the Google Earth files below for details about the possible strewn field

The geographic area where meteorites landed, from a specific meteor event.  The strewn field size and shape are affected by the size of the event, the slope of the meteor,....

The weather data below is sourced from weather balloons, and publicly available via NOAA’s Integrated Global Radiosonde Archive (IGRA). This data is downloaded and post-processed by the StrewnLAB algorithm, to account for changing weather patterns and weather balloon drift. The plots have altitude on the y-axis, in kilometers above sea level. 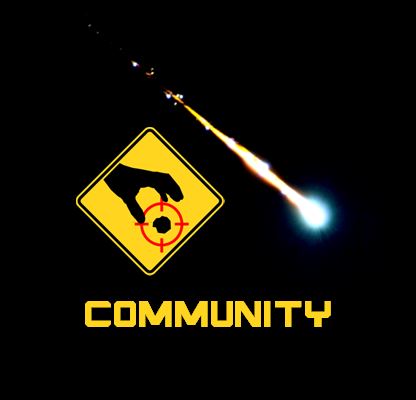 0
1
In reply toThe Television Of Cruelty
4 weeks ago
@tvcruelty I'm interested in putting this on my Winchcombe page. Can we make that happen?
View on Twitter
0
1
Strewnify Retweeted · The Television Of Cruelty @tvcruelty
4 weeks ago
I'm a songwriter. I live in Winchcombe. What else could I do? #winchcombemeteorite https://t.co/Xon3spygSR
View on Twitter
3
0