Kirinyaga County, KENYA – April 24, 2020, 8:00 PM local time, meteorites rained down on the local villages, 100 kilometers northeast of Nairobi, near Mount Kenya National Park. One meteorite stone punched a hole in a metal roof at Kombu-ini and several other stones have also been found in the areas of Gatuto and Kimicha.

The following videos were found from local sources and news coverage of the Kombuini event. English transcriptions are available below.

Fem:    I was walking over there,
Male:   You see these pieces of rock…
Fem:    an object came falling from the sky with a loud sound, Voooo Pooh!
Male:   I need you to tell me what you heard…
Male: We found these stones around here…one had sank here, I collected the other one there and picked the other one there.
Fem:    there were shattering fragments

Typically, meteoroids breaks apart during flight through the atmosphere. Much of the material evaporates in a process called ablation, leaving only small stones to find. Occaisionally, large meteor events can..., with a loud sound, prrrr!
Male:   …as the rock disintegrated
Fem:    …it fell from the sky and we were over there, the sound was just on this side only and it was continuous like a passing airplane woooo (terminal sound

There are three main types of sounds associated with meteors: • Sonic Boom - the accumulation of sound waves emitted from any object travelling at greater than the speed of...)

Reporter:   This is the house of Mary Wamburu at Kombuini village Kirinyaga county, whose roof was broken through by a peculiar rock, said to have fallen from the sky.
Francis Muciimi:     What made me come is the loud sound that we heard last evening, which scared me thinking it was the end of the world as was predicted.
Reporter:   And because of the speed at which the rock was descending, the impact created a hole in the concrete after it fell.
Francis Njogu:     A huge red light appeared from the sky which turned orange then yellow as it came down, from there I heard a tremendous thud!
Mary Wamburu:     Lightning appeared, reddish in color as he’s said, and as it ended there was a loud bang then everything was quiet. After about 5 minutes, when about to forget the incident, another loud sound followed and it sounded like gun fire.
Francis Muciimi:     It was extremely powerful illuminating the skies with a very bright light which made me think it was going to burn us down, because if God wanted to take us, he would just do it, but  I think he was destroying Corona (Covid-19) with those rocks.
Reporter:   According to Mary Wamburu the rock fell on her house at around 8.00pm last night nearly hurting her own mother who was in the house with her.
Mary Wamburu:     Some people came after hearing the sound, but they would not stay as it was at night, so nothing much happened until this morning when they started streaming in wanting to know what had happened.
Francis Njogu:     But that for sure was not normal lightning, it sounded like three gun shots followed by another lengthy sound that ended with a bang at different places. After that I decided everyone should cling to their God and I went to sleep.
Reporter:   The alarming sound that came from the descending rock attracted curious villages to the place of the incident even as others went into hiding in terror.
Francis Muciimi:     I came where it fell dressed in red ready for the rescue, which is what I do, and then I found it was not a big stone but a small one.
Gabriel – Sub-chief:     We have never ever witnessed such a phenomenon, we are even frightened, perhaps it’s the fulfillment of the prophesies. I’m not sure, but we pray and hope in God.
Reporter:   Residents were able to collect 4 grams of the rock before it disintegrated.
Francis Njogu:     What we have are very unique kind of rocks which I have never seen and the only people who can help us identify them would only be scientists for I can’t explain.
Reporter:   For Inooro TV, my name is Kiama Kariuki.
English Transcription provided by Elijah Jumbo

This was a sizeable event, with more than 10 kilograms of meteorite already recovered. As mentioned above, one stone of approximately 200 grams punched a hole in a metal roof of Mary Wamburu’s house, at Kombuini. Also, a very large stone of approximately 8 kilograms was found 2 km northwest of Gatuto and two other stones have been found in the areas of Gatuto and Kimicha. Approximate find locations were provided by world-famous meteorite hunter, Mike Farmer, via a local contact in Kenya and are mapped below.

If you are interested in searching for meteorites from this event, please join us on social media, to discuss this event:

Join the discussion on Discord!

No video or sensor data was available to determine the fall trajectory, but an estimate has been made, using the find locations and wind speed measured by weather balloon.

Meteorite find locations were provided by Mike Farmer, via a local contact in Kenya.

The colored squares below indicate the Strewnify recommended search area, with yellow squares being most likely and blue being least likely. Please download the KMZ file below and load into Google Earth, paying close attention to the Version Suffix.

The weather data below is sourced from weather balloons, and publicly available via NOAA’s Integrated Global Radiosonde Archive (IGRA). This data is downloaded and post-processed by the StrewnLAB

A computer simulation program, written by Jim Goodall.  For more information, please visit the StrewnLAB Page. algorithm, to account for changing weather patterns and weather balloon drift. The plots have altitude on the y-axis, in kilometers above sea level. The wind speed below 10km altitude has large effect on the drift of meteorites.

My name is Jim Goodall, and I am an automotive controls engineer in Michigan, but my passion is physics. I started this website as a hobby, to support the global network of meteorite hunters.
Feel free to contact me, if you have any questions about the products on this website. Jim Goodall | Hancock, Michigan, USA | james.a.goodall@gmail.com | +1 586 709 5888 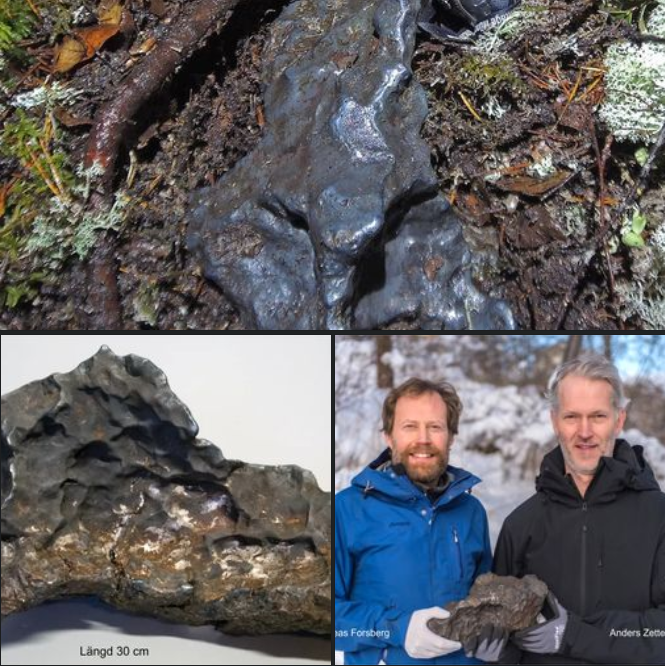 If you have a video of last night's #fireball over #Ontario:
a) Save the *raw* video - Twitter and Youtube apply lots of compression that is not immediately obvious.
b) As accurately as possible, pin the location from where the video was taken and save a screenshot in Google Maps
View on Twitter