I received a question about how I calculate trajectory and I think everyone might be interested in the answer, so I’ll provide it here: My meteor simulation program, which I have named StrewnLAB

A computer simulation program, written by Jim Goodall.  For more information, please visit the StrewnLAB Page...., takes into account all of the trajectory inputs from the attached spreadsheet, which provides both nominal values and assumed error/variation for each measurement.  You will find the recent event in Germany on row 9, labelled “Flensburg”.  For CNEOS

The Center for Near Earth Object Studies (CNEOS), is part of the California Institute of Technology's Jet Propulsion Laboratory.  CNEOS collects data from U.S. Government sensors, and releases it for... data, I assume the error in latitude and longitude to be 0.05 degrees, because it is provided with a precision of only one decimal place (54.5 N, 9.2 E).  I also have reason to believe that the accuracy may be worse than that, because Chelyabinsk seems to off by more than the expected amount, so I also took the liberty of adjusting the strewn field

The geographic area where meteorites landed, from a specific meteor event.  The strewn field size and shape are affected by the size of the event, the slope of the meteor,... location with camera data in the latest bulletin, the attached version 2.
So, when the simulation runs, it takes a Monte CarloA simulation approach used when the problem is very complex and there are many sources of error. Each input is characterized as having a known error range and distribution function... approach, generating many possible scenarios using random inputs.  This means it calculates a random number for every input parameter (lat, long, speed, etc), based on the nominal values and the assumed error for that input.  It also uses different distributions (purely random, lognormal, normal, etc), depending on what we know about the data.  For example, I know that the latitude and longitude data is simply rounded to one decimal place, so the distribution is purely random.  However, I know from published works that the distribution of meteorite mass is approximately a lognormal distribution, so the fragmentation

Typically, meteoroids breaks apart during flight through the atmosphere. Much of the material evaporates in a process called ablation, leaving only small stones to find. Occaisionally, large meteor events can... model uses that to fragment

Typically, meteoroids breaks apart during flight through the atmosphere. Much of the material evaporates in a process called ablation, leaving only small stones to find. Occaisionally, large meteor events can... a random mass from the main mass, at random times during flight.  Another example is the weather data, which is interpolated from multiple radiosonde measurements to the most likely profile at the time and location of the event.  The accuracy of the weather data prediction depends on the stability of the local atmosphere, so I attempt to include that variation by calculating standard deviation of the measurement at each altitude and define the error to be 1.5 sigma.  I consider the interpolated value to be a good average, so the each Monte Carlo scenario is generated using a skew normal distribution of the weather data (I actually clip the values to 1.5 sigma, because the number of scenarios is relatively small and I don’t want an unlikely high sigma number to skew my results.)
In the final result , the probability color scale is based on how many modeled fragments

Typically, meteoroids breaks apart during flight through the atmosphere. Much of the material evaporates in a process called ablation, leaving only small stones to find. Occaisionally, large meteor events can... landed in that square, out of all the scenarios.  It is important to note that the actual strewn field is much smaller than the generated strewn field and likely a different shape, because the final result contains all the possible scenario strewn fields “overlapped,” and the probability is based on how those fields overlap.  It is also important to know that the color scale is not comparable between simulations and/or events, because there is no limit to the number of scenarios I can run and the fragmentation

Typically, meteoroids breaks apart during flight through the atmosphere. Much of the material evaporates in a process called ablation, leaving only small stones to find. Occaisionally, large meteor events can... is also random.  I typically just let the simulation run overnight and post the results in the morning, which generates anywhere from 20,000 to 80,000 fragments and maybe ~25 scenarios.   I have some ideas on how to improve the simulation speed and thereby improve the “variation coverage” and repeatability, but it is not a big problem at the moment and the solution will take some time to implement into my algorithm. 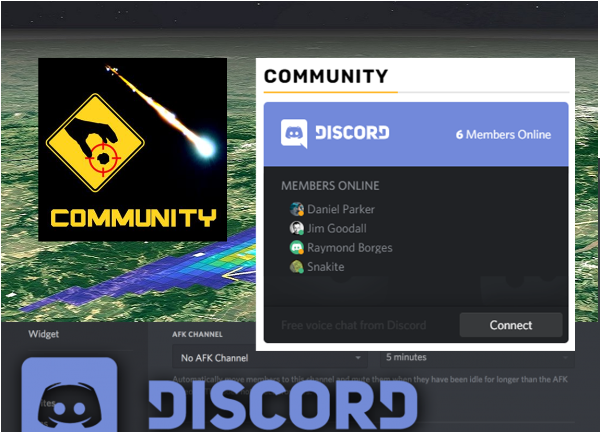 1
0
In reply toWill Gater
3 weeks ago
@willgater Join the discussion and help us find the meteorites! https://t.co/A0n0U3cOkE
View on Twitter